So used are we to enjoying the immaculately kept gardens and romantic ruins of Sandsfoot Castle that it’s sometimes easy to forget it was a full on coastal defences military site, dating right back to Henry VIII’s time. A castle complete with its newly formed coastal artillery gunners (the beginnings of a British full time army unit) under a master gunner, men in britches and waistcoats.

A time when England was venturing forth, pushing her maritime expeditions out around the world, making many enemies in the process.

Soldiers would stand atop Sandsfoot battlements keeping guard out over Henry VIII’s mighty naval fleet moored below them, and over the following centuries a host of trading vessels that found sanctity in Portland Roads, though many a privateer prowled on the horizon. 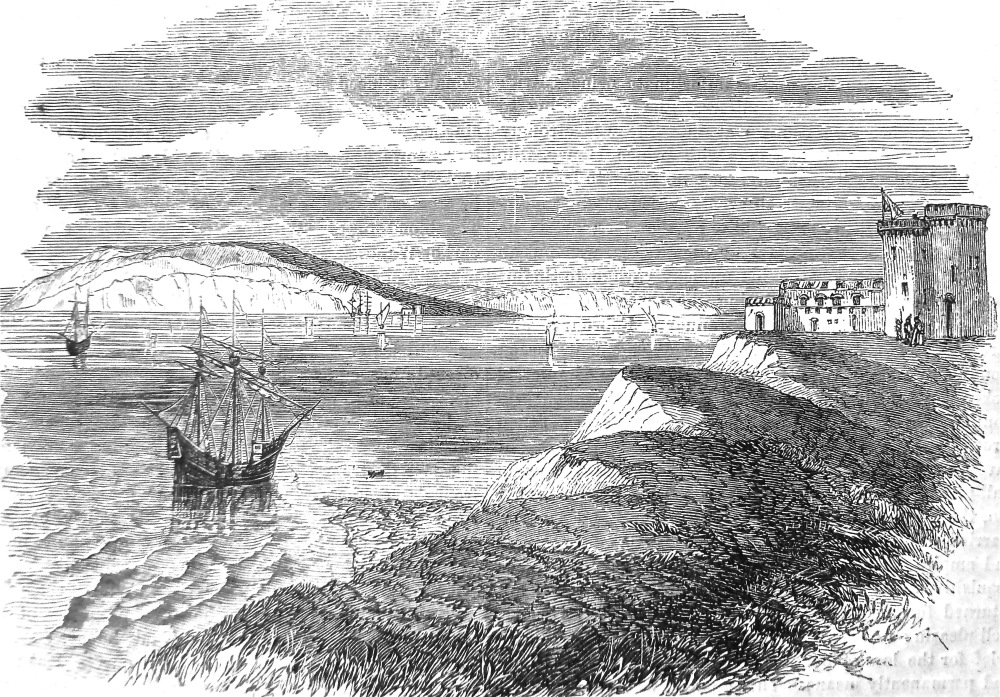 Come the Civil War and it was held by both Roundheads and Cavaliers at various times during this bloody fray.

In 1666 the castle was in such a bad state of repair that it was deemed no longer viable and fell into disuse.

It continued in its ruinous state for centuries, due to the extremely unstable land along this part of the coastline.

Whilst browsing through my stash of old Weymouth bits and pieces, I came across this fascinating advert in the Dorset Chronicle May 1855. Before the Nothe fort had been constructed, when resident military were still based in the Red Barracks.

And looking at the early print below, it seems grazing animals on this land has been taking place for some time. 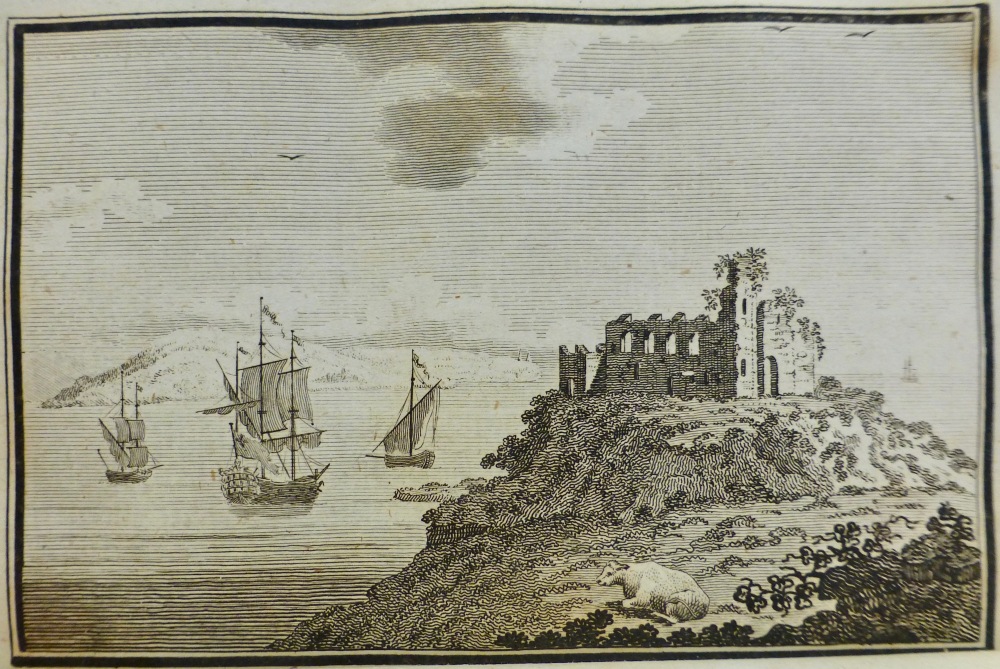 Starting with the Georgian invasion of rich and health-seeking patrons, local guide books began extolling the virtues of visiting Sandfoot, it became one of Weymouth’s favoured perambulations from the Nothe headland or via boat trip from the harbour. 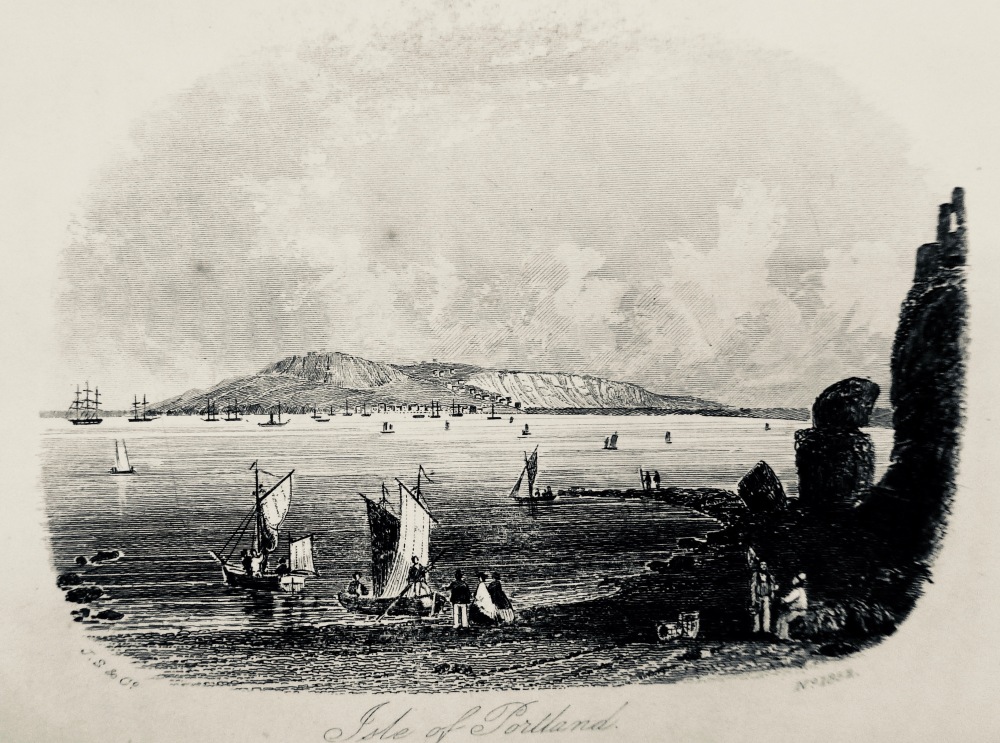 Still with stunning views out across the Roads, one that I can remember as a child when playing amongst these ruins and scrambling down the slippery cliffs to the beach below to look for fossils.

This footpath that guided walkers from one site to the other later became known as the Under Barn path, or with a bit of clever marketing by Weymouth corporation, Lover’s Walk. 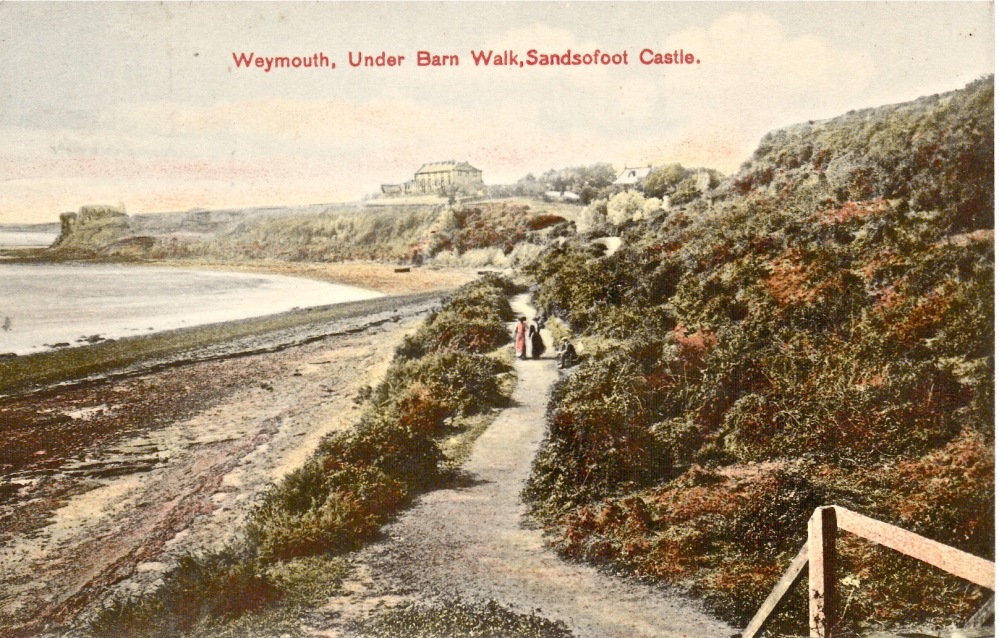 Sandsfoot was taken over by Weymouth corporation at the start of the 20th century, who salvaged what they could to construct Weymouth’s town bridge and other buildings around Weymouth.

Would be fascinating to know where those pieces sit nowadays. 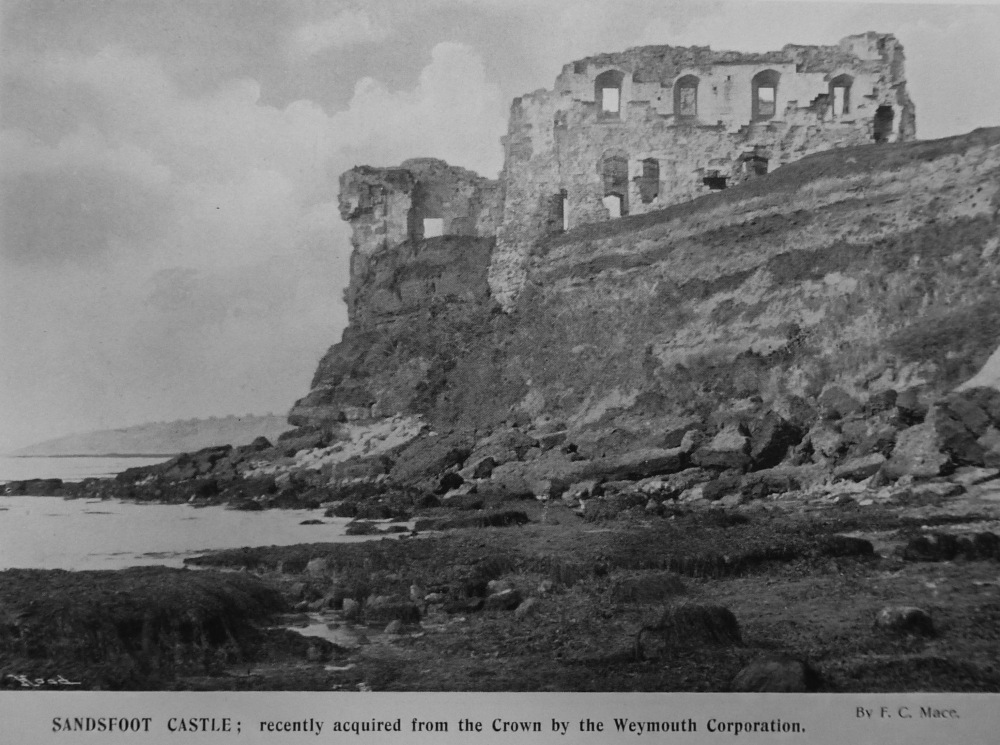 How many locals will recall the childhood delights of playing in and around (and more than likely over!) this castle, probably all too ignorant of its place in military and world history. 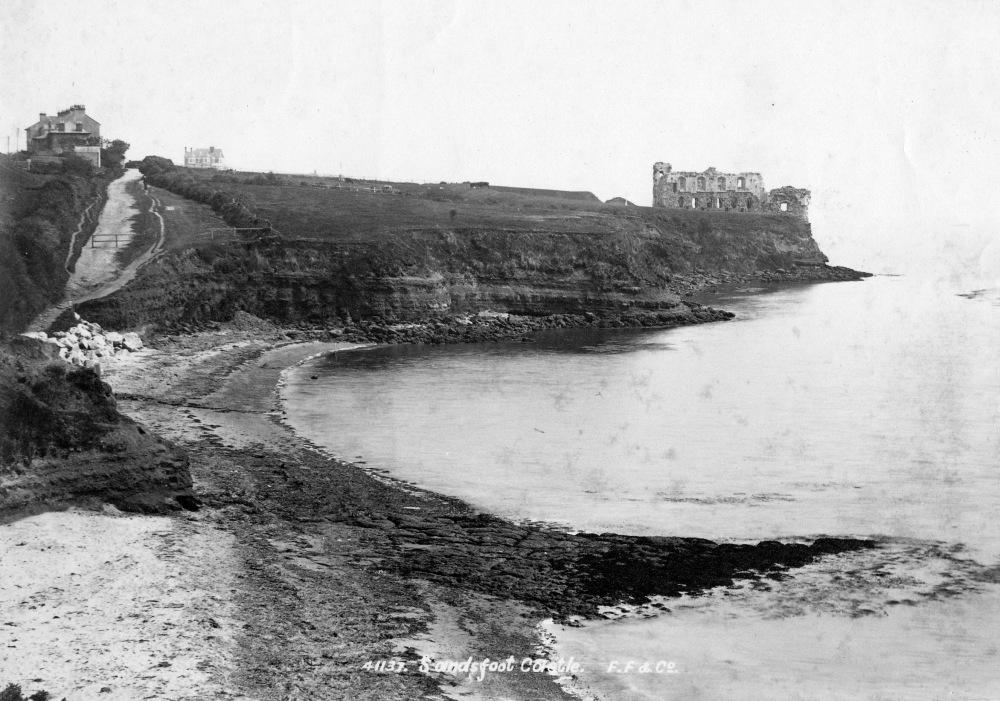 For more detailed history of Sandsfoot read on here;

Enjoy a bit of good old Weymouth tittle tattle? why not read Nothe Fort & Beyond, full of drama. Those love and hate relationships between resident soldiers and the locals, murders and mysteries, lots of Weymouth and Portland  families mentioned and their dealings with military men (and wives) with their misdeeds.

Available at the Nothe Fort and Weymouth Museum bookshops.